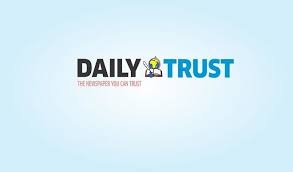 Director of the Daily Trust Foundation, Dr. Theophilus Abbah, has said that corruption is responsible for the failure of many Universal Basic Education Commission, UBEC, action plans for some school projects in Nigeria.

Dr. Abbah who made this known in Abuja, during a programme organised by Progressive Impact Organisation for Community Development, PRIMORG, frowned over what he described as N311m school projects in ruins across the FCT.

Dr. Abbah said the action plans of UBEC/SUBEB on contract awarding should be on the public domain/internet for Nigerians to monitor the progress.

He clearly attributed the weakness in the monitoring, supervision and completion of school projects to the lack of integrity of the stakeholders involved in the project execution.

These unexecuted projects according to him include, “the gatehouse in central pilot school, Karu, FCT, which was in 2015 action plan, a N2.3m for the rehabilitation of 2 classrooms in Rimba, Abaji, 2011, a recreational facility worth N3.9m paid for.

Others are; Naharati Tsoho primary school, which is also a N30.5m construction of 8 classrooms, staffroom offices and 2 toilets in Anagada in Gwagwalada among several others were not built.”

Many Nigerians who aired their views on the matter suggested that the government should ensure inclusiveness and transparency in the contract awarding process for school projects.

Adesina also from Abuja, said parents do not send their children to public schools because most are aware of the lack of basic facilities. He blamed SUBEB for this while explaining that the Board abuses the awarding of projects by apportioning to selves, friends, and families.

Similarly, Eniola from Jabi, suggested that the government should publish project agreements, names of the contractors and MDAs awarding the project, adding that this brings openness to the system.

Also, Gbenga from Lugbe, said the reason why these school projects fail is because states have not adopted the Bureau of Public Procurement Act, which is why due diligence is not followed before awarding projects.

Meanwhile Chibueze Ukadike in Abuja said the only thing that would fix the corruption in the education sector is ‘capital punishment.’