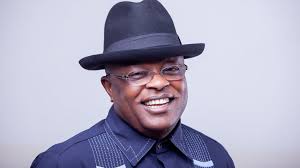 Special Assistant to Ebonyi State Governor on Security and Utility (Capital City), Mr. Saint Anakor, who disclosed this yesterday, said no section of society was exempted from the restriction.

Anakor noted that anyone who visits the state police headquarters will see motorcycles belonging to security officers impounded by a combined team of the state neighbourhood watch and police.

He said, “The law is no respecter of persons even though some people always prove stubborn by disobeying the law.”

The Special Assistant revealed that, at a meeting with the Commissioner of Police in November 2019, they agreed to steadily enforce the ban on motorcyclists operating beyond 7 pm in the capital city.

The governor’s aide said the enforcement team had sought the assistance of the Nigeria Security and Civil Defence Corps to fully enforce the ban.

Anakor said, “We have set up roadblocks at strategic locations in Abakaliki to ensure that any motorcyclist operating beyond the approved time will be arrested and the motorcycle impounded.

“It is clear that miscellaneous crimes such as handbag and phone snatching are perpetrated by miscreants at night, using motorcycles.

“We shall arrest both private and commercial motorcyclists and impound their motorcycles because it’s difficult to differentiate criminals from the innocent ones.

“Abakaliki ranks among the safest cities in the country and we seek to maintain this rating, although, there is no totally safe city in the world.”

He said that the security team in Abakiliki would complement the efforts of the security agencies to sustain the state’s investments in security.