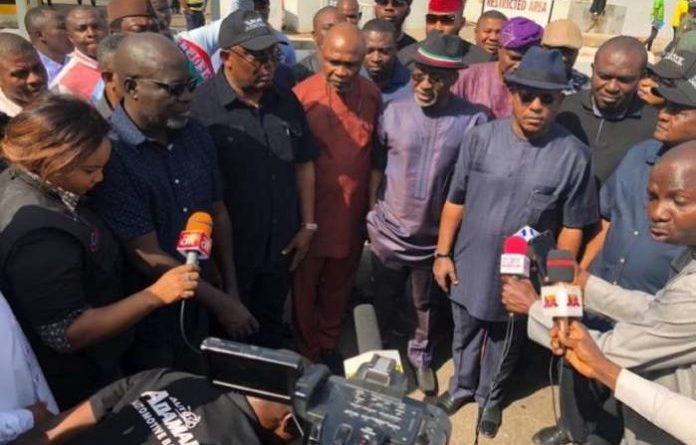 Leadership of the Peoples Democratic Party, PDP and some party members in the National Assembly, on Tuesday, peacefully protested at the embassy of the European Union.

The PDP National Secretary, Senator Ibrahim Tsauri, who led the protest, presented the party’s protest letter to the embassy officials.

The protesters later proceeded to the embassy of France.

Tsauri said democracy has been derailed in Nigeria and solicited the cooperation and assistance of the international community.