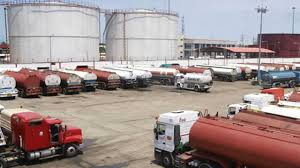 Some of the filling stations located in the Badagry area of Lagos State have been reportedly closed following the suspension of the distribution of petrol by the National Union of Petroleum and Natural Gas Workers of Nigeria.

It was discovered that the suspension was due to the alleged harassment of its members by men of the customs and soldiers in the area.

The Chairman of the South-West chapter of the union, Tayo Aboyeji, told the News Agency of Nigeria on Saturday that some customs officers had arrested a tanker driver, who missed his way in Badagry and seized his truck.

Aboyeji said the officers were from the Federal Operations Unit Zone ‘A’ in Ikeja.

He was quoted to have said, “A tanker driver from Port Harcourt was sent to Badagry to deliver petroleum to a station. Unfortunately, he missed his way and while asking for direction, the tanker driver was arrested by the men of joint border patrol.

“The tanker was taken to FOU in Ikeja. I wrote to the comptroller on the issue and met the DC, Enforcement. I was directed to the officer in charge of legal issues in the same office.

“(The) OC, Legal, told me that he had not received the file from those joint patrol operation office and promised to call me later.”