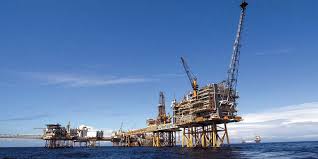 The turmoil engulfing global commodity markets deepened as China’s biggest buyer of liquefied natural gas told suppliers it won’t honor some contracts because of the coronavirus.

In a dramatic and rare step, China National Offshore Oil Corporation declared what’s known as force majeure, meaning it won’t take delivery of some LNG cargoes, because the virus is constraining its ability to import the fuel. It’s among the first known cases of the legal clause being invoked in commodity contracts as a result of the epidemic.

While global markets bounce back from initial fears over the impact of the virus, CNOOC’s move shows the fallout is only deepening in the world of raw materials, which is dominated by China’s enormous appetite. Beijing’s efforts to contain the disease by shutting down swathes of the country and restricting travel are disrupting supply chains and hammering demand in the world’s biggest consumer.

The impact is reverberating around the world. Copper buyers are requesting Chilean miners postpone shipments because of port shutdowns while China’s biggest oil refiner, Sinopec Group, is likely to ask Saudi Arabia to reduce supplies of crude oil next month.

Soybeans from Brazil and the U.S. are being held up on arrival in eastern China and Indonesian palm oil shipments are also being delayed.

For LNG, CNOOC’s force majeure hurts a market already buffeted by rising U.S. supplies and weak demand after a mild winter in Europe and Asia. Even before Chinese buyers walked away from supply contracts, spot prices have fallen to a record low, crippling the profitability of energy giants like Royal Dutch Shell Plc and Exxon Mobil Corp.

CNOOC sent the force majeure notice to suppliers including Shell and Total SA, according to people familiar with the matter, who asked not to be identified because the matter is confidential. Shell declined to comment while Total’s press office didn’t respond to a request for comment. The French company’s chief executive said he hadn’t received the force majeure notice.

China said last week that it would offer support to companies seeking to declare force majeure on international contracts. The clause allows a company to opt out of obligations without legal recourse because of reasons beyond its control.

CNOOC isn’t the only Chinese LNG buyer affected. The country’s largest oil and gas firm, PetroChina Co., was forced to delay discharge timings for multiple cargoes because it can’t get enough workers to its Rudong, Dalian and Caofeidian LNG terminals to run them at full capacity. The company hasn’t invoked force majeure because of the delays.