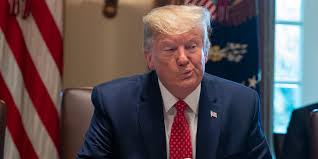 United States Secretary of State, Mike Pompeo, has expressed outrage over the killing of eight “peaceful protesters” in Iraq on Wednesday.

According to a statement on Thursday evening, the incident occurred when supporters of radical cleric, Moqtada al-Sadr, stormed an anti-government protest camp in the southern city of Najaf.

Media reports quoted medical sources as saying no fewer than 20 others were wounded in the violence, which followed attempts by the al-Sadr’s supporters to clear the camp.

Anti-government protesters have been on the streets of Baghdad and Najaf since October 1, 2019 over alleged rampant government corruption, unemployment and poor services.

Al-Sadr, who was said to have initially backed the uprising, later aligned with the government and urged his supporters to assist security forces in dismantling the movement.

Pompeo stated that no fewer than 600 protesters had been killed and thousands injured since the uprising started.

He said, “We are outraged by the violence perpetrated in the city of Najaf on Feb. 5 that led to the killing and wounding of peaceful demonstrators.

“Since October of last year, peaceful demonstrators have taken to the streets to urge government reform.

“They have been met with threats, brutal violence, and live fire attacks. It is unconscionable that the perpetrators continue to act with impunity.

“Political figures, who incite this violence and government leaders, who fail to take steps to protect rights to freedom of expression and peaceful assembly must be held to account”

He said the “militias, thugs and vigilante groups” in Najaf and other cities must be brought to justice for attacks against Iraqis “exercising their right to peaceful protest”.

“The Government of Iraq should immediately address the protesters legitimate grievances by enacting reforms and tackling corruption.

“To the courageous Iraqi people seeking reform and a government free of corruption and Iranian meddling, we offer Americas continued friendship and support.

“We reiterate the United States enduring commitment to the Iraqi people and a strong, sovereign, and prosperous Iraq” he stated.