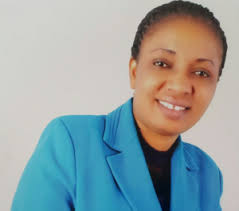 Pro-tem President, Chartered Institute of Forensic and Investigative Professionals of Nigeria, CIFIPN, Dr. Victoria Ayishetu Enape, has revealed that in the last ten years, Nigeria has lost about N5.5 trillion to fraud, corruption and cybercrimes.

Enape who made the disclosure in Abuja while declaring open the training /induction of new members, described the situation as worrisome which she said need to be corrected.

She regretted that while some cooperate organisations are suddenly collapsing due to fraud; Government is losing a lot of money every day to fraud, corruption and cybercrimes.

According to her, “Nigeria lost average of about N5.5 trillion to fraud and cyber crimes in 10 years. We raise alarm because Nigerians are suffering in a country rich with natural resources. This is worrisome.”

Enape blamed current surge in kidnappings and other criminal activities in the country to corruption, adding that Government is losing a lot of money on a daily basis, which she said has emptied the treasury.

“As a country, we have countless times been resonated with the perplexing news of fraud corruption and Cyber Crimes; this has remained a bane in the wheel of our collective progress both as a nation and as individuals.

“The worse of it all is that financial institutions are losing money to cyber crimes every day and it keep increasing. The sudden collapse of some corporate organisations due to fraud in Nigeria is worrisome, seeing that our youth are suffering for unemployment and a very serious poverty that has now cumulated into kidnapping of the innocent Nigerians and killings which has now become normal news in our country today.

“The issue right now is not whether people are being killed or not but the question people now ask is the number of people that are killed or kidnapped in a day.

“Insecurity problem in Nigeria has travelled far even to the point that American had to declare Nigeria among one of the terrorist Countries in the World. The same issue of insecurity made many top politicians and other prominent Nigerians to relocate their families to aboard.

“Killings and kidnapping of innocent Nigerians has become daily news on media, and Nigeria government seems to be helpless in the regard. “Fraud, Corruption and Cyber Crimes have assumed the strategic position in Nigeria with little or no challenge.

“We need not mention here that government agencies and multinational corporations spend huge sums out of our scare foreign exchange to retain expatriates forensic and investigative professionals to unravel complex cases of fraud and cyber crimes in Nigeria including the federal government” she said.