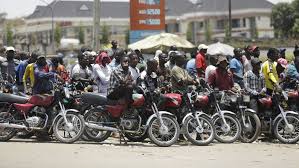 A young school pupil has been killed by a stray bullet during a clash between the police and commercial motorcycle riders popularly known as Okada riders in the Iyana-Ipaja area of Lagos.

It was reported that school owners around the area were calling parents to come and pick their children as the environment became heated up.

However, Sahara Reporters also reported that the little girl was killed on Wednesday afternoon after policemen fired bullets in the crowd while trying to disperse the protest, which has since been hijacked by hoodlums.

Meanwhile, the state government has reiterated its commitment not to reverse the ban, sparking criticisms from far and near.