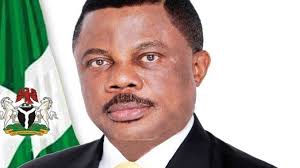 As a way of boosting the economy of the state, Anambra Government has promised to build world class fish villages in each of the three senatorial districts of the state to promote fishery and create employment.

Managing Director and Chief Executive Officer, Anambra State Fisheries and Aquaculture Business Development Agency, FABDA, Mr. Emeka Iloghalu,  made the disclosure in an interview with journalists in Awka on Tuesday.

Iloghalu asserted that for the goal to be achieved, Gov Willie Obiano had approved the engagement of experts from relevant agencies to embark on location assessment and report to the government.

According to him, “The proposed location for the sites for the projects at the senatorial basis had been assessed by expert on the issue at hand, so work is in progress”

He said that the agency had constantly been in touch with Anambra State Investment Promotion and Protection Agency, ANSIPPA to help get ready market for the project so that people under the scheme would excel.

Iloghalu said that efforts had been made to partner with the state Ministry of Agriculture and the Dula Nigeria Limited, an expert in aquaculture business to ensure success of the projects.

The CEO expressed confidence that when all these plans were hatched, it would create more employment and strengthen the economy.

He stated that the large scale aquaculture business the state government is embarking on will be a center of excellence for the processing, packaging and distribution of the fishes within and outside the state.

He said that the Managing Director, Dula Nigeria Limited, Mr Adeyemi Adesina, had given the agency his word to build a good business relationship with the state government.

Iloghalu said that the locations for the projects in the three zones are very viable for large scale aquaculture business, and expressed optimism in the success of the project.