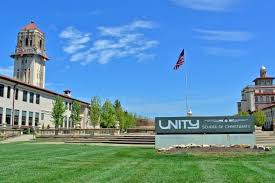 In a speech delivered by the association’s President General who was represented by the association’s Assistant Secretary General, Mrs. Chioma Aninwe, at the closing ceremony of the FedCol Games in Port-Harcourt, the PG restated USOSA’s commitment to support the honourable minister of Education and his ministry to uphold the unity of Nigerians across the country through quality education.

“Given our mission, we reiterate our commitment to support the honorable minister and the Federal Ministry of Education in ensuring that the ideals of which the unity Schools were created will not diminish.

“Together we will keep the flag of unity flying” Wilbert said.

While enjoining members to uphold the basic principles of unity schools across the country, Wilbert said Nigeria needs achievers like products of unity schools to exhibit their exemplary roles within the society.

According to him, “Federal Government in the decades between the mid-1960s and the 1980s, founded Federal Unity Colleges on a philosophy of quality instruction and inter-community coexistence, which he said were bases for national unity and development” adding that the schools till date, remain the melting point of unity amongst Nigerians.

“There is no better time to feel like a true Nigerian than when products of Federal Government Colleges are gathered in the same place. It exudes the right sense of pride and patriotism.

“It is an incorporated body and public trust to advance the objectives of national unity and development through quality access to education in Nigeria, he added.

Wilbert also said USOSA will advance the cause of unity, strength, stability and progress of Nigeria through quality education while creating a community of old students of unity schools and positively impacting their lives.

He described Unity Schools as Nigeria’s greatest and most successful investment in human capital development, as he admonished the old students of the association to be good ambassadors of their alma mater.