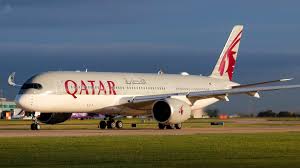 … as woman delivers baby onboard

Qatar Airways flight from Doha to Bangkok made an emergency landing on Tuesday morning in India’s eastern city of Kolkata after a pregnant Thai woman delivered a baby onboard.

In a statement issued by the airlines to Xinhua, the flight landed at the Netaji Subhas Chandra Bose International Airport.

Replying to a query raised through Twitter about the emergency landing, the airlines said the flight number QR830 was diverted to the Kolkata Airport after a woman passenger reported birth onboard.

According to the statement, “Both the mother and the child reportedly to be well and transferred to a local hospital. The aircraft was re-fueled and the flight continued to Bangkok”