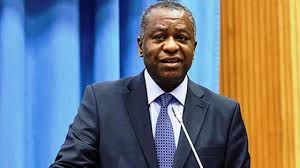 Group of Nigerian professionals in 44 European countries have passed a vote of confidence in the leadership of President Muhammadu Buhari.

The Association of Nigerian Professionals in Europe, ANPE made this known in a communique after its extraordinary emergency assembly, held at The Hotel Urdanibia Park conference hall in Spain on Monday.

In a communique co-signed by the President, Dr. Agwu Onyeke and 13 country heads, ANPE and made available to our correspondent, said there was need for all to support President Buhari and the military in the fight against terrorism.

As part of the issues identified and resolved, the Nigerian professionals frowned at the “despicable killing of clergies and humanitarian workers by the Boko Haram/ISWAP group” which it described as “politically motivated”.

While acknowledging the efforts of the gallant troops, the group hinged the escalation of the crisis in Nigeria on foreign conspiracies and local actors to trigger ethno-religious war in Nigeria.

After extensive deliberations, however, the ANPE passed a vote of confidence on the Buhari-led administration in tackling the various security challenges in the country.

While hailing the Service Chiefs for rising to the occasion amidst conspiracy from desperate politicians, it further urged Nigerians to unite in the fight against terrorism.

The group resolved that the Association of Nigerian Professionals in Europe after extensive deliberations passed a vote of confidence on the Muhammadu Buhari led administration in tackling the various security challenges in the country.

“That the efforts of the Service Chiefs in this regard, are indeed commendable and an indication that in a matter of time, the war against terrorism would be over in Nigeria.

“That the Association of Nigerian Professionals in Europe condemned the attempt by some politicians to politicize the operations of the Nigerian Military.

The group asserted that the extra ordinary assembly of the group was principally converged to assess the efforts of the Muhammadu Buhari led administration in the fight against terrorism and other violent crimes in Nigeria a routine exercise in fulfillment of its core mandate.