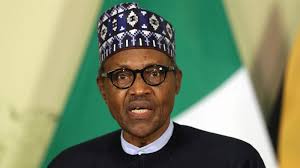 As a result of insecurity in the country, many Nigerians and civil society organisations across the country have suggested that President Muhammadu Buhari should resign from office without further delay.

National Publicity Secretary of the Nigerian Bar Association, NBA, Mr. Kunle Edun Esq and the Centre for Human Rights and Anti-Corruption Crusade, CHURAC, led by Alaowei.E. Cleric Esq and other stakeholders backed Sen. Enyinnanya Abaribe’s call for President Muhammadu Buhari to resign from office over the spate of insecurity in the country.

NBA National Publicity Secretary, Mr. Kunle Edun Esq said, “The security situation in Nigeria presently has reached an alarming level and it seems obvious that the Federal Government is incapable of tackling the increasing rate of kidnapping and banditry in many parts of the country.

“Nigerians, including lawyers are now being kidnapped regularly and whenever vital intelligence is passed to the Police authorities, their response is always discouraging. They are obviously overwhelmed.”

Edun added, “The intervention of the Senate and the House of Representatives on the growing security threat is a welcome additional voice but they should go beyond that. Nigeria’s security challenge is structural.

According to him, “No federal system with more than 200 million people can secure itself with an over centralized security system. There should be devolution of security and let all the levels of government be critical stakeholders in it.

“It is not in doubt that the security strategies of the Federal government is not working. This state of anomaly has been of great concern to the Nigerian Bar Association and the NBA President, Paul Usoro, SAN has continuously made it a focal point in his state of the Nation releases.

“If the solution is for the Federal government is to replace the top echelon of the security aparatus because of their dismal performance, so be it.

“We should stop playing politics with security. The safety of the lives and properties of Nigerians should be of priority to the government. This is the social contract that binds the government with the people.”

On its part, CHURAC’s National President, Mr. Alaowei.E. Cleric Esq said Sen. Enyinnaya Abaribe’s call for President Muhammadu to resign in the face of the daunting insecurities across the Country should not be viewed as a propagation of party interest.

Cleric said, “He spoke the minds of the larger Nigerian populace. I am on the same page with the Senator on this issue.

“If it was in an advanced clime, I don’t think Buhari will be happy seeing himself leading Nigeria when he has failed his primary responsibility of securing lives and property.”

“That is one reason why the presidency should not have replied Sen. Abaribe with such sarcastic manner.

“Nothing is more correct than the assertion that the security architectures as presently constituted have failed the nation.

“The top security chiefs are becoming redundant. They have run out of ideas as the situation we have at present requires fresh blood.

“President Buhari as a former military General ought to know this time tested and universally espoused security principles.

According to Cleric, “Keeping people in office who have not only exhausted their years of service but also ideas to confront the quagmires we are facing only contributes to our present woes.

“The security situation has never been this bad before. The worst thing is that even the President’s home State is not secured.”

Cleric advised President Muhammadu Buhari to immediately reconstitute a new security team just as the NASS and other well meaning Nigerians have lend their voice to the call.

Cleric also said, “The composition of the new security architecture should be in line with the constitution so much so that we don’t end up having one region or a tribe occupying all the top security positions as we presently see.

“One of the reasons why bandits operate with impunity in the Country is because the security of the Country is placed in the hands of one ethnic group.

“I am not surprised if the activities of bandits reign supreme in the northern part because that is the expected result with the current lopsided security arrangements in the Country.”
Also, in a swift reaction, the National Vice-President of Committee for the Defence of Human Rights, CDHR, Comrade Prince Kehinde-Taiga, said the call for the president over insecurity in the Country is “baseless” and “unneccessary”.

Taiga said,” Sen. Abaribe is just being political. He should not have made the call in the first. Does he know how much it will cost to conduct another election to have another President? If President Buhari resigns, will he bring money to conduct elections?

He said the “Vote of No Confidence” passed on the Security Chiefs by the National Assembly is very much in line.

According to Taiga, “Security Chiefs are the problems of the Country and not President Buhari. The Security Chiefs have failed in their responsibilities in securing the lives and properties of the Citizens.

“Many of the Security Chiefs have overstayed their tenures. They are now too old in the system. Because of this, their subordinates no longer obey their commands. Young Officers now sabotage their efforts because they want them to leave so that they can take over.

“But if you ask me, it is all politics. However, they should all be sacked. If he must do this, he should take away, ethnic, religious and political sentiments out of it and bring in young but capable hands with modern scientific knowledge in securing this Country.”