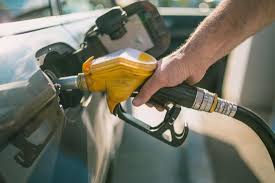 Energy ministry, through the National Energy Fund, is expected to fork out approximately N$20 million this month after announcing that fuel prices will remain unchanged for February 2020.

Energy minister Tom Alweendo on Friday announced that for February fuel prices will remain at N$13,05 for unleaded petrol and N$13,63 for diesel at Walvis Bay, with prices in the rest of the country to be adjusted accordingly.

However, the unchanged prices do not mean there are no movements in the cost of fuel, the minister said, but that the National Energy Fund is in a healthy position to absorb any underrecoveries for the month.

“The cost to the fund is estimated to be close to N$20 million,” the minister said.

Meanwhile, Alweendo noted that the International Maritime Organisation’s new regulations that call for the prevention of pollution from ships, lowering the maximum sulfur content of marine fuel used in ocean-going vessels from 3,5% of weight to 0,5%, meant that freight rates or the transportation costs of bulk fuel by sea have increased.

“This has been reflected in the latest Basic Fuel Price calculations done by the Ministry of Mines and Energy. Underrecoveries normally call for equivalent increases in local fuel pump prices. However, the National Energy Fund remains in a healthy financial position and will thus absorb the underrecoveries on behalf of the consumers during this month,” Alweendo noted.

Moreover, other factors that contributed to the stable local fuel prices are the price per barrel and the exchange rate for 2019.

“The average exchange rate too remained relatively stable throughout January 2020 at N$14,28 per US dollar in comparison with an average of N$14,38 per US dollar during December 2019. Moreover, the ministry has reviewed the dealer margin, which is the income generated by fuel retailers, in line with the general inflation rate for 2019,” he said.

He added that the review is conducted from time to time to ensure business sustainability in the fuel retail industry.

“The ministry has, therefore, decided to increase the dealer margin by 4c/l (four cents/litre) from 106c/l on all the price-regulated fuel products. The effective date for this adjustment is 5 February 2020,” said Alweendo.