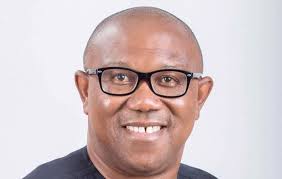 Former vice Presidential candidate of the Peoples Democratic Party, PDP, Mr. Peter Obi, has said that the current state of insecurity in Nigeria is the worst the country has ever experienced.

Obi, who was also the former Governor of Anambra state, said there has been an upsurge in all forms of criminality in the country.

He asserted that frequent attacks in various parts of the country have led to calls on the Buhari administration to act decisively or resign.

Speaking when he featured on a Channels TV programme on Sunday, Obi said current realities show the situation was not as bad as it was before President Muhammadu Buhari came to power in 2015.

The anchor asked him, “is this perhaps the worst situation we have seen in the country”, and he replied: “I have said so, yes, considering where we are today.”

“We (the opposition) are not the only ones protesting (the insecurity), even the churches are,” he said, adding: “So it has come to a critical stage where every Nigerian knows we are living in whatever you can describe it as.

“And if you go globally, from all indices of measurement of security, we have fallen below the scale.”

Obi also said part of why Buhari was elected into office was that he said his administration “will solve all the security problems, but we’ve gotten worse”.

“In terrorism now, we are just after Afghanistan and Syria. We have never gone that low. We have upsurge in all forms of criminality, whether it is kidnapping, robberies and all sorts of crime. How do you tackle it? Economy,” he added.

“If you have 98 million people living under poverty, the consequent could be several millions who don’t know where the next meal will come from will be criminals.

“Changing the IG of police will not solve that problem. That is why we need to look at the economy. The economy of the country is turning south and collapsing and more people are being pushed into unemployment situations.”