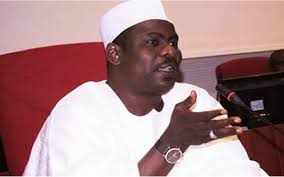 Lawmaker representing Borno South Senatorial District in the National Assembly, Senator Ali Ndume, has called on President Muhammadu Buhari to wake up regarding his constitutional duty of saving lives of the citizens of Nigeria.

Amidst cries over the increasing insecurity in the country, Ndume decrying the insecurity ravaging the country, stating that the situation in the Northeast was getting worse by the day.

The lawmaker, who is the Chairman, Senate Committee on the Army, also lamented the increase in killings and violence in his constituency.

According to him, “The situation in the Northeast, particularly Borno State is terrible. I can tell you that the situation is getting worse. There is a resurgence of the insurgency in the northeast”

“Terrorists recently attacked Askira and Damboa Local Government Areas of his state and killed some people while carting away foodstuff and other valuables.

“In Askira, people scampered into the bush for safety. I have not gotten the true assessment of the situation or report on the lives lost,” he said.

Ndume, however, described the call by the Senate Minority Leader, Eyinnanya Abaribe, for President Buhari to resign as unnecessary.

DAILY POST recalls that Abaribe, while contributing to a motion on insecurity on the floor of the Senate, a few days ago called for Buhari’s resignation, over the high level of insecurity witnessed across the country.

The Senate also passed a vote no-confidence on the military, police, and other security agencies in Nigeria.