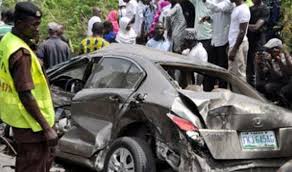 5 persons have reportedly killed while 12 others sustained serious injuries in a road accident that occurred in central Zambia’s Chibombo district.

the police report said that the accident happened on Wednesday afternoon along a main road when a truck failed to stop at a junction and hit two other vehicles.

Zambia Police Spokesperson, Esther Mwata-Katongo, revealed that the truck also hit people who were at a nearby market, leaving five dead and 12 others seriously injured.