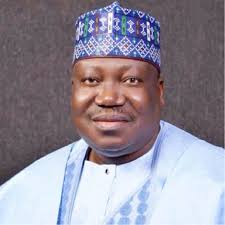 Elder statesman and former President of the Senate, Senator Ameh Ebute, has called on the Senate President, Ahmed Lawan, to engage other politicians, technocrats as well as businessmen from the northeast to join hands to help in complementing roles that will solve the lingering security crises in the region.

Ebute wants the Senate President as the most senior political appointee from the north east zone to convoke and lead the Northeast reconciliation and peace to end Boko Haram/ISWAP terrorism bedeviling the area.

The ex-legislator decried a situation where everyone including some politicians who are responsible for the crisis blame President Buhari or the patriotic Service Chiefs for the problem instead of playing their roles with a view to ending it.

He was reacting to the recent call by the national assembly on president Buhari to sack his Service Chiefs over the security situation in the country.

Ebute, a former lawmaker from Benue South, in the letter addressed to Senator Lawan on Wednesday, said all hands must be on deck as the fight against insurgency should not be left alone for the Service Chiefs.

“Your inability to summon a Northeast stakeholder, political appointees, business men and women and all the intellectuals parley from the region to find a lasting solution speaks more about an indifference to the plight of your people.

“Nigerians would like to see a new commitment from the Senate President and other leaders from the region in doing more to achieve the needed results. Fortunately, Borno state Governor Babagana Zulum has shown enough zeal in this direction and you must pair with him to find the needed solutions to end Boko Haram/ ISWAP terrorism.

“Let us not be deceived, if these respected leaders and personalities cannot do it, no one else can do it. And leaving the entire burden in the hands of President Buhari and the Nigerian military alone is not thoughtful or wise decision and can never end terrorism” he said.