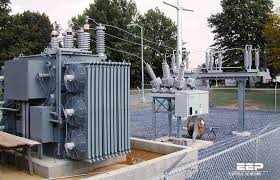 General Secretary, Electricity workers under the aegis of the National Union of Electricity Employees, NUEE, Mr. Joe Ajaero, has said that the union will resume its suspended industrial action after two weeks, if the Federal Government failed to implement the agreement they signed last month.

Ajaero, made this known while speaking with journalists at a news conference on Wednesday in Lagos.

He asserted that if after the ultimatum the issues were not addressed, the union would resume its suspended industrial action without further consultation.

The General Secretary however accused Minister of State for Power, Goddy Agba, of harassment and intimidation during the meeting held on January 27.

Ajaero said that some of the issues pending included, non-payment of over 2000 disengaged PHCN staff; 16 months underpayment of severance benefits as well as 7.5 per cent pension component among others.

“We observed that when the first item was raised on update from BPE at the meeting, the BPE boss was absent at the meeting; we then advised that the matter be stepped down for other items to be discussed.

“This infuriated the Honorable Minister of State for Power, who said he took exception to that, threatening that he is in control and competent to discuss on the BPE issue.

“When he was now called upon to provide information and update on the BPE and payment/verification of staff of Ex-PHCN, he could not.

“At that point, he banged the table, stood up and started shouting on top of his voice which attracted security personnel who jumped into the meeting and threatened to beat us up. He quickly announced that the meeting has been suspended and adjourned indefinitely.

“In view of this un-ministerial behaviour of the Minister of State, Power, the union wishes to demand as follows: an unreserved apology from the Minister of State (Power) for humiliation, intimidation, harassment and abuse of privilege, thereby undermining the interest of the workers in the sector.

Ajaero said that within 14 days, all the issues agreed upon at the meeting on December 11, 2019 should be implemented without further delay, warning that the union will not hesitate to resume its suspended industrial action.