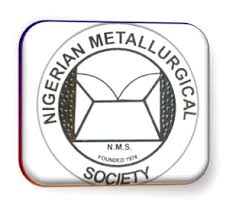 The civil society organisations, said that the CEO of MTI has recorded tremendous strides since his appointment by President Muhammadu Buhari in 2015.

Established in 1981, MTI is a parastatal under the Federal Ministry of Mines and Steel Development, mandated to train Nigerians in the area of maintenance engineering with the aim of fast-tracking technological development.

The group noted that after over three decades of neglect and mismanagement of funds, MTI has witnessed a reawakening in terms of infrastructural development and purposeful leadership under the leadership of Fakuade.

The group said the plot is “nothing but the handiwork of distractors who are not happy with the multiple gains that are being recorded in the Institute and the fact that he is not an indigene of the locality”.

Under Fakuade’s tutelage, the group revealed that MTI achieved unprecedented level of growth, “evident in the fact that the MTI avails various calibers of Nigerians the opportunity to acquire technical education that provides for necessary skills for gainful employment, self-employment, and job creation.”

The ASJA and the CCSOT therefore, warned distractors to desist from such acts so that Fakuade can effectively carry out the mandate of the organization.

They further asked that CEO of MTI be allowed to function effectively in line with President Buhari’s principle of merit and hard work over mediocrity and ethnic bigotry.

“It must be noted that success does not recognize ethnicity or religion and the fact that Fakuade is delivering on the mandate given to him by the President Buhari, nothing else should matter” they said.