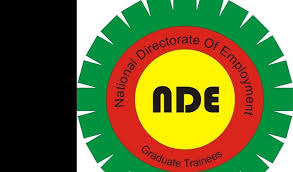 In a bid to enhance performances, the National Directorate of Employment, NDE, has organized a two-day training workshop for information and public relations officers drawn from its headquarters, state and zonal offices as well as the Federal Capital Territory, FCT.

Director General of the Directorate, Dr Nasir Ladan Mohammed Argungu, while declaring the workshop open, emphasised the need to have a healthy and beneficial relationship between the agency and its various publics.

The DG, who was represented by the Director, Finance and Accounts, Alhaji Lasisi Ayodele, identified information and public relations officers as the major players in the drive for a sound relationship between NDE and the public.

Argungu therefore charged the participants to remain effective links and bridges between the unskilled and unemployed members of the public as well as other stakeholders.

He however promised to make such training opportunities a regular feature in his human capital development agenda for the agency.

Speaking, the Deputy Director and Head of Information and Public Relations Division, Mr. Edmund Onwuliri, appreciated the director-general for organising the workshop for image makers which, he said, is the third since the inception of the agency.

He pledged the commitment of the information officers towards the realization of the corporate goals of the NDE.

The workshop, with theme; ‘Enhancing Productivity through Information Management and Public Relations Practice’, was characterised by interactive presentations by seasoned academics and industry professionals in three major areas – news and report writing, public relations practices and uses of the social media for corporate publicity.

Participants at the workshop went through interactive sessions, syndicate group activities as well as visitation to the newly acquired NDE corporate headquarters building in Gudu District of the Federal Capital Territory.