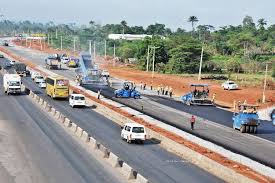 Director, Federal Highways, South-west, Mr. Funso Adebiyi, has said that the Federal Government will expedite action to ensure completion of the Lagos-Ibadan Expressway taking advantage of the dry season.

Adebiyi stated this when he led a team of engineers on inspection of the highway saying that more buildings in the right of way of the project will be pulled down to give way for expansion.

He disclosed that 75 buildings were earlier marked for demolition around the Redeemed Christian Church of God, RCCG axis, adding that more are expected to go down to pave the way for expansion of the highway.

Adebiyi however, assured members of the public that adequate compensation will be paid to owners of properties affected before any demolition exercise commences.

According to him, “We are taking advantage of the weather to fast-track the construction process and we are making significant progress”

The Director noted that they are not leaving any stone unturned this time, saying that the ministry is going to working round the clock on the sites to ensure significant progress is made before the rain begins.

Adebiyi said, “Those around Lotto should bear with us, if you see your house marked for demolition it does not mean the end has come, we will not demolish the houses until all compensations are paid. Even if we are to relocate pockets of communities, we will do our best to ensure we move them to a better place”

He said that President Muhammadu Buhari is committed to massive reconstruction of highways across the nation including the Lagos-Ibadan Expressway.

The Director therefore appealed to road users to bear the pockets of discomforts which the ministry is working hard to address and obey road and traffic rules to minimize gridlock.

He also appealed to motorists to observe lane discipline and speed limits around the construction zones.

Adebiyi explained that different layers of quality materials will go into the foundation of the construction untill it gets to the final layer of 600 mm thickness for durability.

“This layer is the macadam but we are still building to add more layers to get to this drain level to ensure water does not remain on the road. All together the cross section is about 600 metres thick,” he said.

He assured the people that there is adequate traffic diversion and enough funding for smooth completion of the project.

The Director also appealed to residents around Lotto on the highway to bear with government in the gridlock challenges with assurances that it would be controlled by the proposed construction of an interchange.

He also urged truck drivers to stop indiscriminate parking on the highway to give way for construction.

Adebiyi stated that almost 20 kilometres have been completed out of about 43 on section one which spans from Ojota in Lagos to the Sagamu Interchange representing 42 per cent completion.

He said that 45 kilometres have been completed out of 84 kilometres on the section two of the project which spans from Sagamu Interchange to Ojo in Ibadan representing 45 per cent completion.

Speaking on the completion, the Federal Controller of Works in Lagos, Mr. Adedamola Kuti, stated that on the section between Berger and Kara under construction, which takes heavy traffic, will be certainly completed in February.