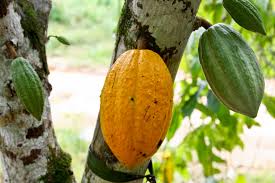 AFEX Commodities Exchange has stated that Sesame, Cocoa and Cashew led the non-oil export charts, as they grossed $84.97 million by the end of the third quarter of 2019. This was disclosed in the AFEX’s latest annual report. AFEX’s latest annual report stated that the agriculture sector in Nigeria received significant attention, rivalling what was witnessed in the 2011-2013 period.
The renewed drive has been broad-based with virtually all sub-sectors (Livestock, Crop, and Fishery) benefitting from the public, private and developmental investments in the sector.“At the end of Q3 2019, Sesame, Cocoa and Cashew led the non-oil export charts, grossing $41.19million, $30.03 million and $13.75 million over the period” is said.
The commoditiesexchange, in the report, found that Kaduna, Niger and Taraba remain the largest producers of maize in Nigeria with an estimated production of 937,820 tonnes, 745,110 tonnes and 608,730 tonnes respectively. It attributed the increased production levels to high demand from baby food and animal feed companies which service an increasing population with expanding dietary awareness.